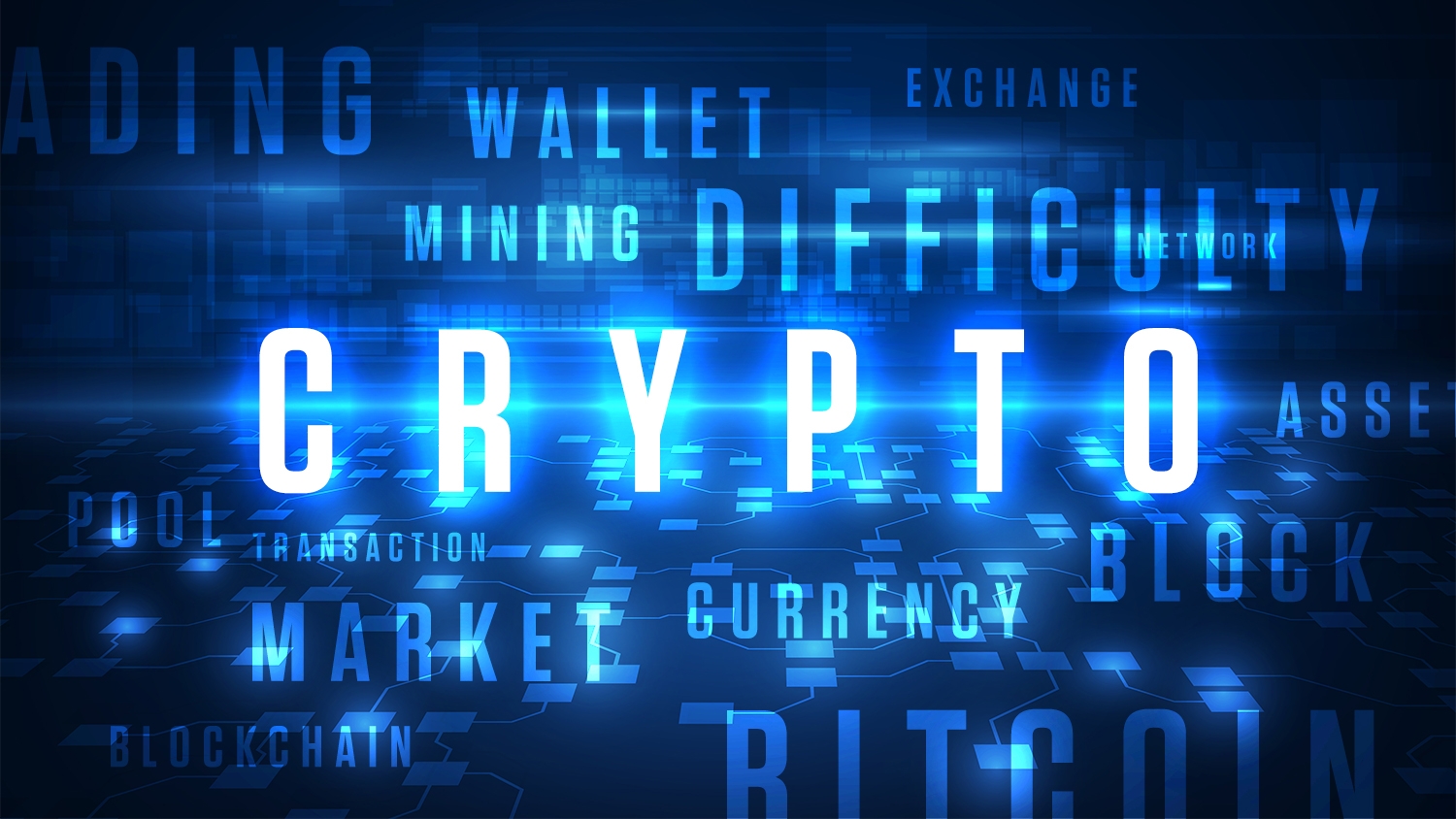 Here are some common crypto terms you need to know.

Address: An address is a string of characters that functions as a place where individuals can receive, store, or send cryptocurrency. Like a telephone number or zip code, every crypto address is unique.

Altcoin: Altcoin means all cryptocurrencies that aren’t Bitcoin ( and in some contexts, Ether). The phrase is used matter-of-factly to describe various other cryptocurrencies.

Blockchain: Blockchain, which consists of a series of blocks, is a digital ledger of all the verified transactions made on a particular cryptocurrency.

Blocks: Blocks make up a blockchain, and each block carries a historical database of all the transactions conducted on a crypto until it becomes full.

BTFD: BTFD is an acronym for “Buy The F**king Dip.” This is used when a trader tells others to pick up a digital currency that has dropped in value.

dApps: dApp is short for “decentralized app,” meaning any practical application of blockchain and/or cryptocurrency. dApps can take the form of mobile games, communications platforms, and social media sites.

DeFi: DeFi is short for Decentralized Finance. DeFi is the movement within crypto to not just trade decentralized currencies but do so in a way that is itself decentralized. The most popular DeFi projects are decentralized exchange protocols, which automate the exchange of cryptocurrencies among buyers and sellers, eliminating the need for a middleman.

Fiat: Fiat is a term for government issued currencies, like the U. S. dollar or Japanese yen. In a broader sense, fiat is used to describe any currency controlled by a central authority. Bitcoin, in its decentralized design, serves as a counterpoint to traditional fiat currencies.

Fork: A fork is when a cryptocurrency or blockchain-based network splits off into two distinct projects with their own code and set of governing principles. In the event of a “soft” fork, only one blockchain will remain operational, whereas “hard” forks result in two new brand chains. For example, Bitcoin Classic is a hard fork of Bitcoin, since both cryptocurrencies run on standalone blockchains, with their own sets of miners, nodes and network participants.

Gas: Gas is the cost of computing power when completing transactions on the Ethereum blockchain, which gets passed on to network participants in the form of fees.

Halving: Halving refers to one of the most anticipated events for Bitcoin. It is a process of halving the rewards of mining Bitcoin after around 210,000 blocks are mined. This usually takes around four years. Halving is to make sure that the number of Bitcoin in circulation does not increase exponentially.

Hash Rate: Hash rate is the measure of computing and processing power used in crypto mining, the process of obtaining a cryptocurrency through powerful computers and specially designed software. A higher hash rate indicates a more robust network.

Hodl: Hodl is not a misspelling; it is slang. According to Internet legend, an early enthusiast’s finger slipped, and he typed “Hodl” on an Internet chat forum, urging his fellow investors to not sell. Today, when Bitcoin tumbles, loyal investors urge each other to “Hodl” and not sell their tokens. The idea behind Hodl is that Bitcoin’s price will continue to rise, regardless of huge dips. The phrase signals loyalty and belief in Bitcoin’s ascent.

ICO: An ICO, or Initial Coin Offering, is how blockchain projects raise money and launch their virtual currency networks. ICOs exploded in popularity in 2017 and 2018 amid the broader market frenzy. Many ICOS were classic pump-and-dump schemes; the Securities and Exchange Commission has sued many of them.

Mining: Mining is the process through which new cryptocurrencies are minted. Many cryptocurrencies depend on a proof-of-work mining system, whereby computational power is delegated towards solving complex math riddles as a way to simultaneously secure and power a network, while also minting new tokens.

NFT: An NFT, or Nonfungible Token, is a digital asset that confers ownership of a virtual good, such as a piece of digital artwork or online collectible. (For example, the famous “He Bit My Finger” YouTube video was auctioned as an NFT).

Most cryptocurrencies are “fungible”, meaning there is no meaningful distinction between one coin and another; Bitcoin holders don’t care which exact Bitcoin they’re holding, whereas the holder of a Lebron James-themed NFT will not necessarily assign the same value to a Kobe Bryant-themed NFT. NFTs became all the rage in 2021, culminating in a $69 billion auction for a digital NFT artwork.

Pump and Dump: Pump and Dump is a form of price manipulation where the price of a crypto is boosted based on false recommendations (pump) before the assets are sold at a higher price (dump).

Satoshi: Satoshi means one of two things. The first is in reference to Satoshi Nakomoto, the anonymous founder of Bitcoin who vanished shortly after his creation, leaving the project to be decentralized and collectively managed. Satoshi also means a unit of exchange, equal to .0001 Bitcoins. The term is often used casually in the context of Stacking Sats , i .e. buying more Bitcoin.

Stablecoin: A stablecoin is any cryptocurrency or blockchain-based token whose value is pegged to another source of value – typically a fiat currency. For instance, one dollar-pegged stablecoin is equivalent to $1. Stablecoins are commonly used to facilitate cryptocurrency trading and cross-border finance. Token: A token refers to a unit of a digital currency like Bitcoin.

To the Moon: If someone says To the Moon or posts a rocket emoji, it means they think the price of a cryptocurrency is going to see a huge increase.

Rekt: Rekt is a crypto slang for "wrecked." This is used when a trader loses a substantial amount of money.

Wallet: A cryptocurrency wallet is similar in function to a physical wallet: it’s a place to store tokens. But not all crypto wallets are made equal. “Hot” wallets are online, meaning crypto tokens are easily accessible but also more susceptible to hackers. “Cold” wallets store digital assets off-line, making them secure from bad actors but difficult to trade.

Whale: Whales are individual investors and often sophisticated trading firms with large amounts of Bitcoin and other cryptocurrency. Whales are feared and respected among crypto day traders for their ability to move prices with single trades. Whales include the prescient individuals who bought Bitcoin in its early years and never sold.